Every job needs the right tool
Many years ago, I received an original miniVNA, my first antenna analyzer, and I was very hapy with it. Recently I was lucky to test a miniVNA Tiny, which is in fact much, much more advanced device than many competitor products available on the market. See the manufacturer’s website, http://miniradiosolutions.com .

I used an SMA-to-SMA male adapter to connect the loads to the miniVNA Tiny. I was using the vna/J software for taking measurements, and then I transferred the data to the AntScope program which I used to use. I also had a RigExpert AA-1400 as a reference device.

First of all, I calibrated the miniVNA Tiny with “open”, “short” and “load” (50 Ohm) standards. Immediately after this, I measured the 50 Ohm load: 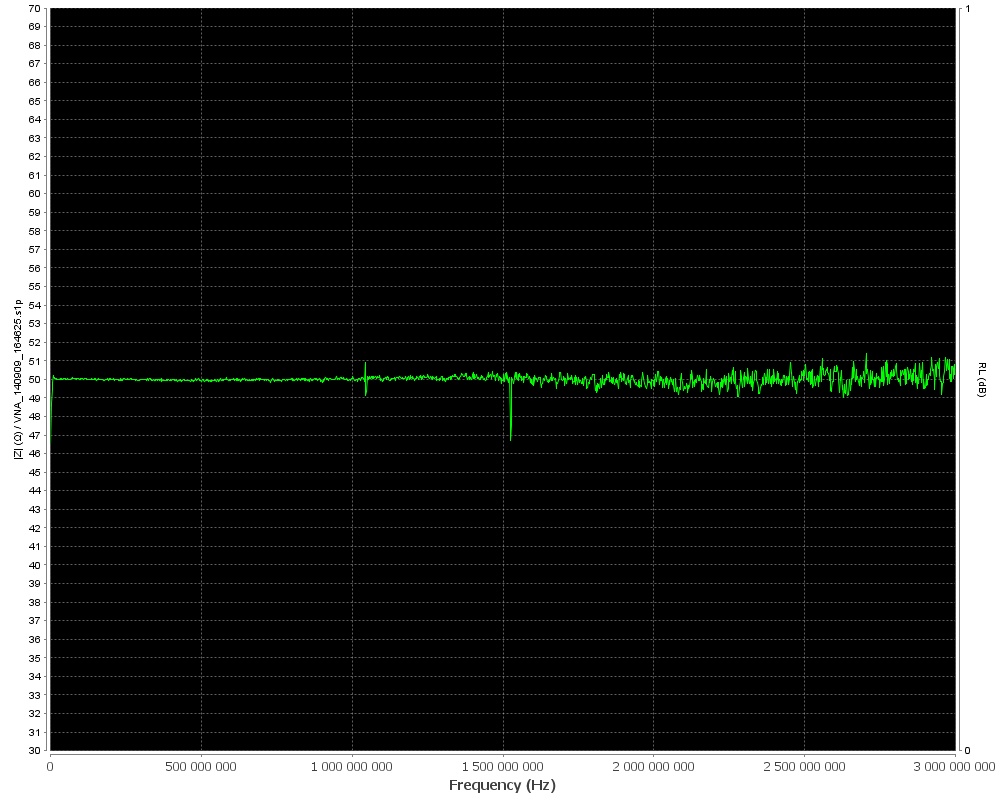 On the above picture, you may easily see the deviations of |Z| in the range of plus-minus 1 Ohm at higher frequencies. In short: this analyzer has a very low noise compared to all devices I previously saw in my life. Unbelievable: only plus-minus 1 Ohm at 3 GHZ!!! I could just ignore spikes at about 1.04 and 1.53 GHz.

I did not disconnect the 50 Ohm load during the night and repeated the measurement next morning: 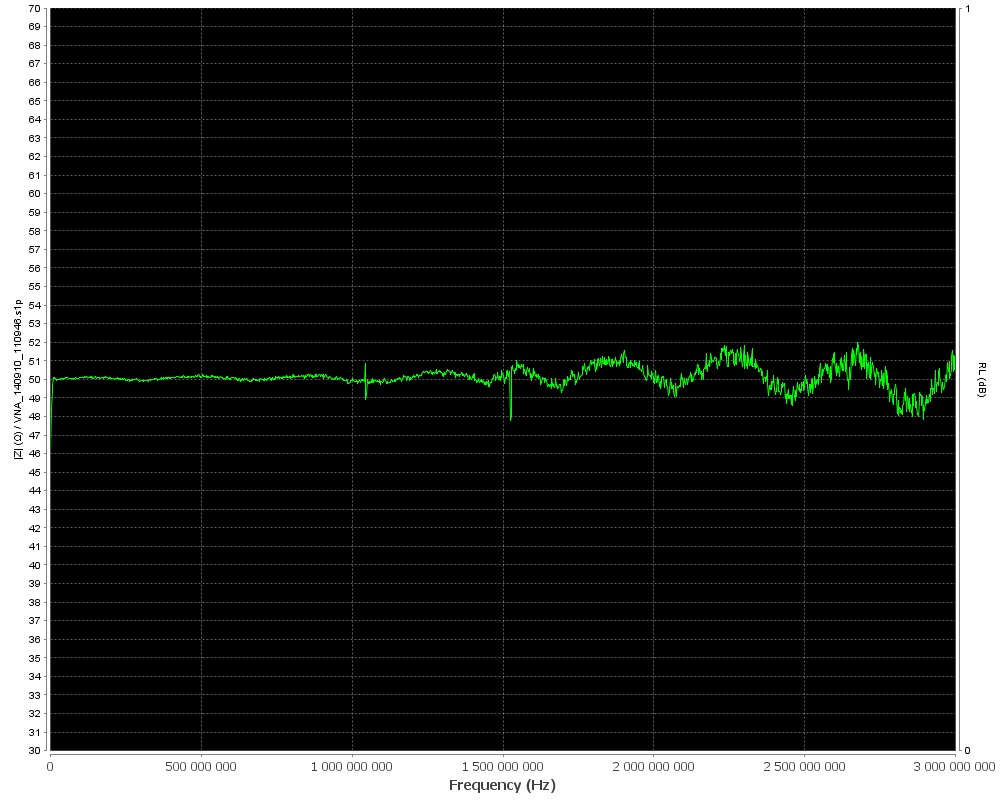 Now the |Z| had a much larger deviation. Conclusion: calibrate more often. After re-calibrating, the picture looked better again. 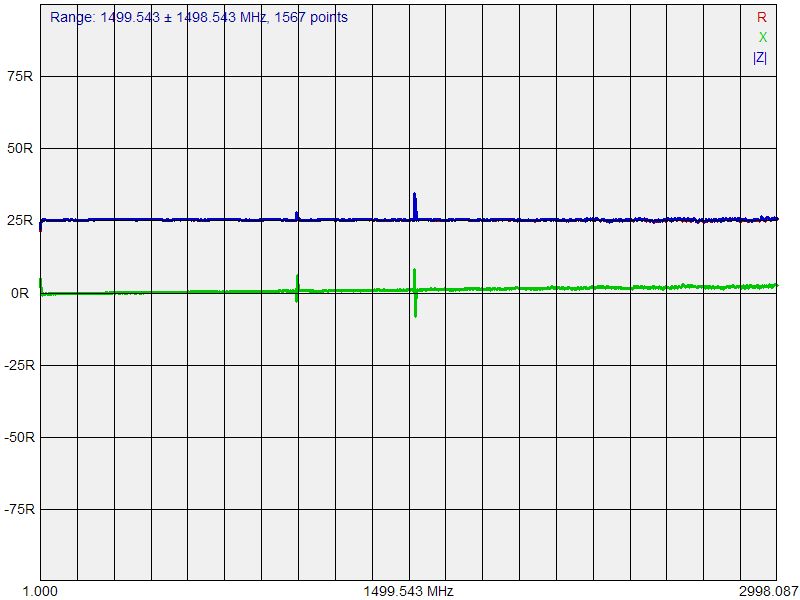 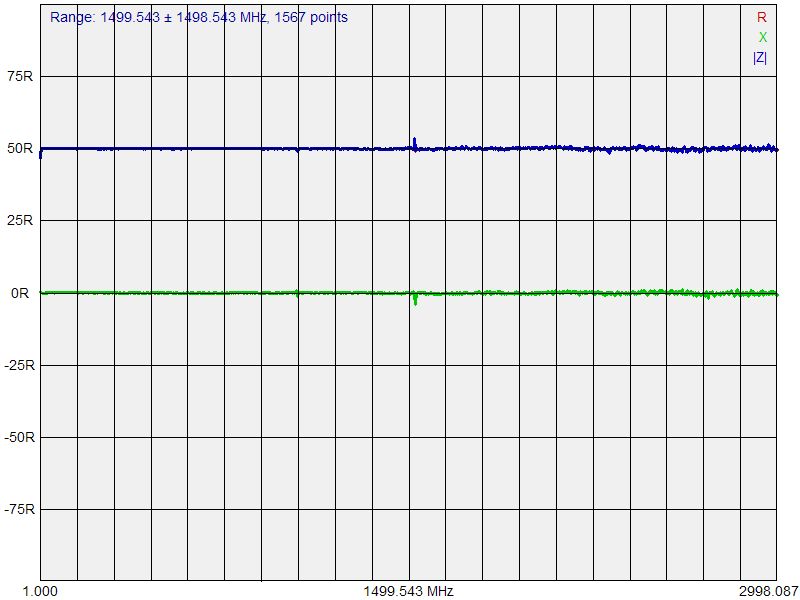 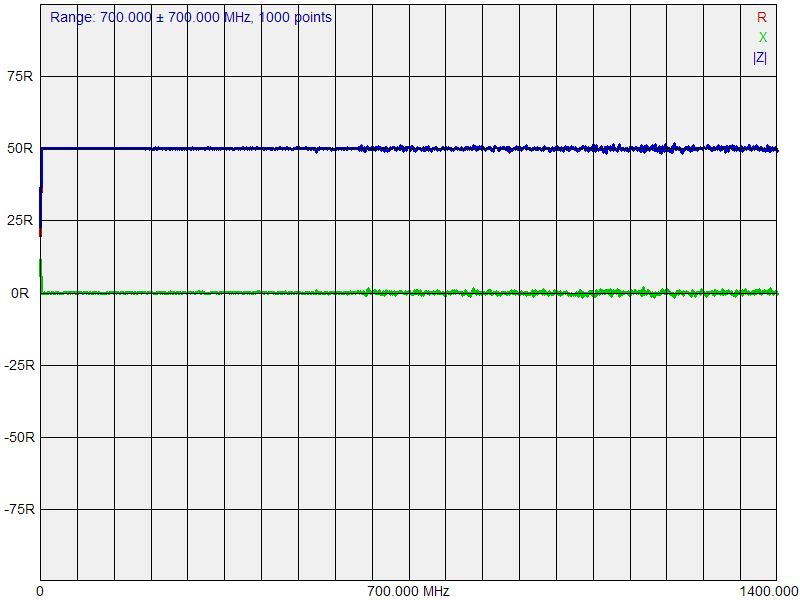 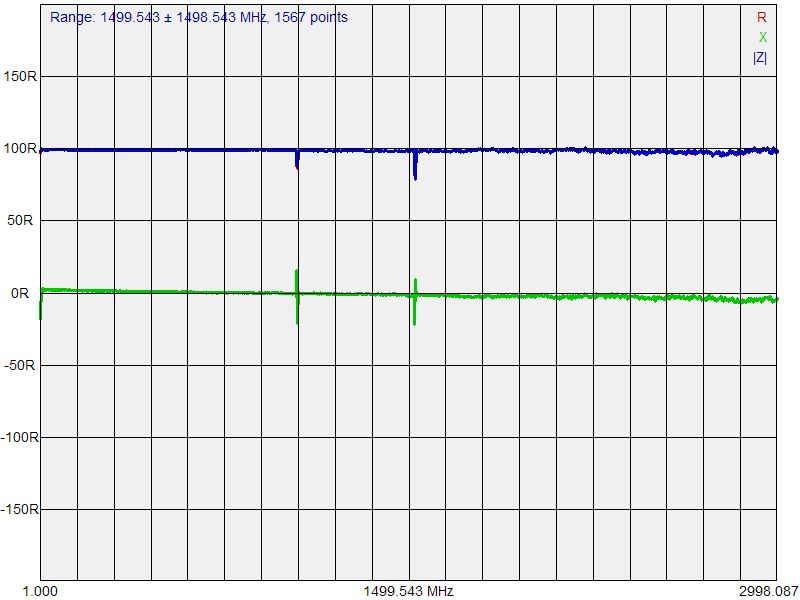 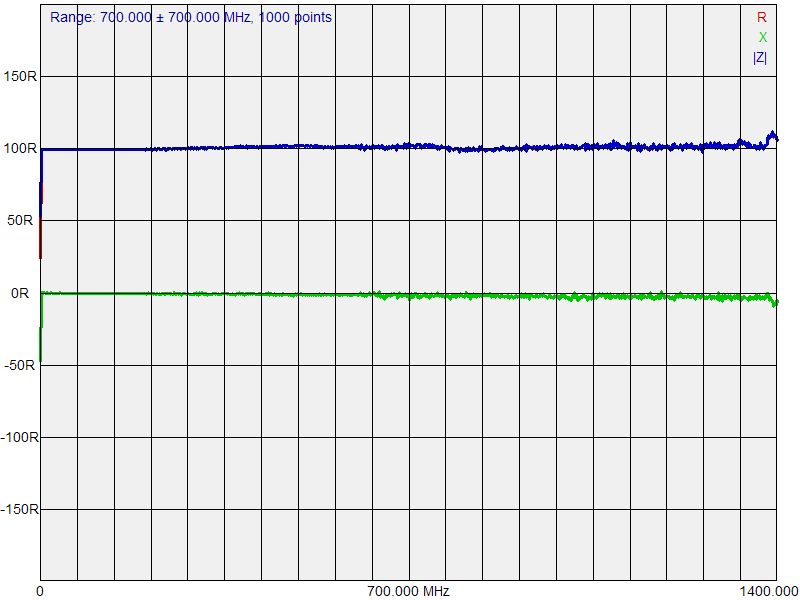 Conclusion: Even though I have not fully studied the miniVNA Tiny yet, I can highly recommend it, especially for the laboratory use. A very, very good product.